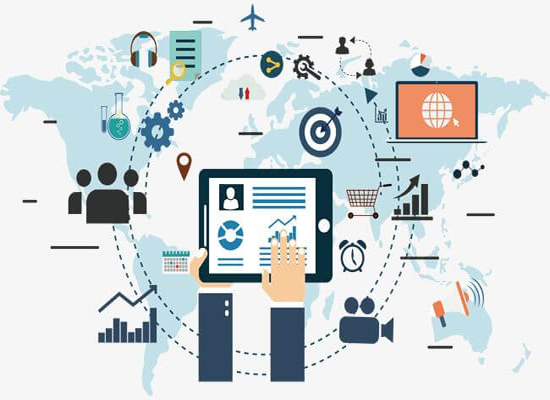 What is science and technology?

The world has been improving due to the progress of modern Science and Technology. Science is the knowledge and understanding of the natural and social world, followed by applied knowledge based on some evidence and a systematic approach. Science is an experimental knowledge of everything we do to explore the natural world. Natural sciences include sociology, agriculture, physics, chemistry, biology, geology, and astronomy. Science uses mathematics and logic, which is sometimes called formal science

Technology is the study and transformation of man-made techniques, tools, or machines. Technology allows people to study and develop the physical elements present in their lives. Modern technology is the sum of technology or skills, methods, and processes that are used to produce products or services or to achieve objectives such as scientific research. Technology contributes a lot to this development of the world. As technology advances, so do the world and the world’s industries.

What is the advantage and disadvantage of modern technology?

Science involves the systematic study of the structure and behavior of the physical and natural worlds through observation and experimentation and the widespread application of scientific knowledge to the practical application of technology. Today the world depends on technology, people are involved with technology. If the technology of a country becomes high then the country is more developed all over the world

Advantage of the modern technology

First, the evolution of technology has had many beneficial effects on humans for a variety of reasons. At the treatment level, technology can help treat sick people and consequently save many lives and fight against very harmful viruses and bacteria. The invention of the computer was a very important aspect of technology. If the communication system is improved then different organizations can communicate more easily with different organizations abroad. Basically, matter states of three types, such as Solid, Liquid and Gas

Progress in implementing strategic technology trends for different organizations in different countries through modern technology helps them to save time and therefore money. Thanks to this modern science and technology, buying and selling on the Internet has now become easier and spread worldwide. This enables businesses to purchase raw materials at discounted or reduced prices.

The disadvantage of the modern technology

On the other hand, there are also disadvantages with the advantages of the evolution of modern science and technology, for example, the reliance on new technology. People don’t need to think too much anymore. In some cases, however, technological devices can replace the human mind.

The use of technology must have rules and new laws. For example, using the Internet is personal freedom. In fact, when these technologies are introduced as regulations surrounding the impending arrival of autonomous vehicles, it becomes difficult to enforce the law.

This is the equivalent of less work for people: as processes become automated and jobs become overworked, people become more and more obsolete. As a result of the development of technology, less manpower is required for various jobs and as a result, unemployment increases. The electric robot is used more and more mechanical robots as an alternative to humans

How does matter made of?

The standard model was also used to predict the existence of previously unknown particles. The last particle found this way was the Higgs boson, which was discovered in 2012 by research. Basically, there are four natural stages of matter these are continuously involved in this earth with any kind of matter, such as:

The particles are packed tightly together so that they do not go in large quantities. The electrons of each atom move at a constant speed, so the atoms have a small vibration but they remain fixed in their own position. For this reason, particles in a solid have very little kinetic energy. Solid materials have a certain size, as well as mass and volume, and do not match the size of the container in which they are placed. Solid substances also have a high density, which means the particles are packed tightly together.

In a liquid, the particles are packed more loosely than the firm and are able to flow around each other, giving the fluid an indefinite shape. Thus, the liquid matches the size of its container. Like most solids, liquids are incredibly difficult to compress.

Particles of a gaseous substance have the most space and have high kinetic energy. A gas has no fixed size or volume. The gas has no definite shape and the particles of a gas will disperse indefinitely; If the gaseous vessel is confined, the gas will expand to fill its container. When a gas is pressurized the volume of the container decreases, the space between the particles decreases and the gas compresses.

According to various laboratory studies, plasma is no longer a common state of matter on Earth, but it may be the most common state of matter in the universe. The stars in the sky are basically superheated balls of plasma. Plasma consists of extremely high-speed, high-charged particles. Great gases (helium, neon, argon, krypton, xenon, and radon) are often used to create illuminated signs for ions in the plasma state using electricity