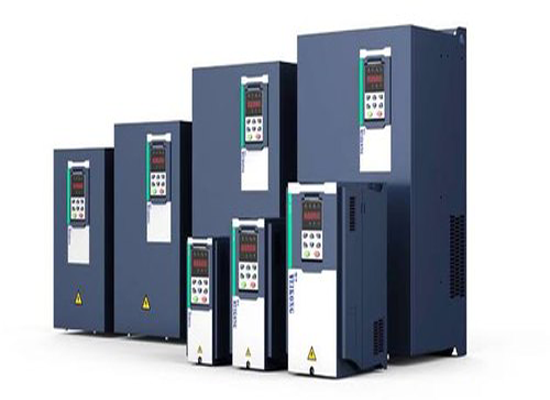 What is Variable Frequency Drive?

Basically, the number of the pole is a mechanical term that is placed in the AC motor but it is generally not possible to change it. For this reason, we use Variable Frequency Drive to change motor speed based on our requirements.

How does Variable Frequency Drive Work?

The VFD installation and working process are simple. VFD consists of four main sections, such as inverter, controlling circuit, rectifier, and DC link. Whenever we use a delta connection the motor takes a very high current at the starting of the motor. In this case, we use a star-delta motor starter. Basically, the motor Starter is used by following the star delta procedure, and the motor run in the star and after that converts to the delta.

If we use VFD then we don’t need a star-delta starter and we can easily change our motor speed by varying frequency. Now we are going to show you a simple calculation. Suppose we have 4 poles (p) single phase induction motor and it is rated frequency (f) 50 Hz now we will get a constant synchronous speed.

Now if we use 40 Hz frequency instead of 50 then we will get 1200 rpm. So we can change our motor speed as much as we can. That’s why VFD is more reputed. However, we will show you how does variable frequency drive work. VFD consists of two main units:

This capacitor makes this DC power constant power. That’s why a capacitor is used in the VFD. However, this capacitor sends DC power to the inverter. It is noted that most VFDs use IGBT (Insulated Gate Bipolar Transistor) or some VFDs use MOSFET (Metal Oxide Semiconductor Field Effect Transistor). These transistors are controlled by the control unit and it let us know how much output it allows for a specific frequency. This inverter converts DC power into AC power and we get pure output AC power.

We have shown how does Variable Frequency Drive work. We are going to discuss the Variable Frequency Drive operation in this section. However, the operation of VFD and VFD working is almost the same just as we will elaborate on here. We know that an induction motor suitable for VFD operation but a DC motor is not. First of all, whenever we apply AC voltage to the VFD terminal then it converts AC into DC power. In this case, we can say an AC drive or VFD is a converter.

Rectifier receives power from VFD supply system and allows the current in a single direction because diode allows current in one direction. Suppose A-phase voltage is more positive than B-and C-phase voltage. In this case, the A-phase diode will be open and it will pass the current. On the other hand, if B-phase becomes more positive than A-phase and C-phase then the B-phase diode will be open and pass the current and this operation will happen according to the C-phase.

In this way, we get six current pulses whenever six diodes are on and off. For this reason, it is also called six-pulse VFD or six pulse variable frequency drives and it is the suitable configuration for current. We have shown here an image and we wanted to let you know the full configuration of VFD. However, whenever we close a top switch in the inverter (IGBT, MOSFET) then the motor phase is connected to the DC positive bus and voltage becomes positive.

On the other hand whenever we close a converter bottom switch that phase is connected to the negative DC bus then this phase voltage becomes negative. In this way, we can make the motor phase positive and negative or zero and we can change frequency to control the motor speed that we want. It is noted that VFD does not produce sinusoidal waves but we have seen the rectangular waveform. Don’t worry this sinusoidal waveform is the perfect choice for an induction motor.

Advantages and disadvantages of VFD

Can we use VFD for DC motor?

What should I know about the speed control of a dc motor? A DC motor is a motor that runs on DC power. But can we run DC motor using VFD? The answer is no. We cannot run DC motor by using Variable Frequency Drive (VFD). It is because there is no frequency in the DC current but VFD can change the motor speed by changing frequency.

Variable Frequency Drive is a motor controller that is used in all categories of industries to control motor speed. We can change the motor speed direction (forward and reverse) by using VFD. We have referred to how does variable frequency work, VFD operation, and others. VFD offers excellent ways to run the motor without any disturbance. So VFD can be the best choice to run your AC motors. However, choose the right VFD for AC motors.