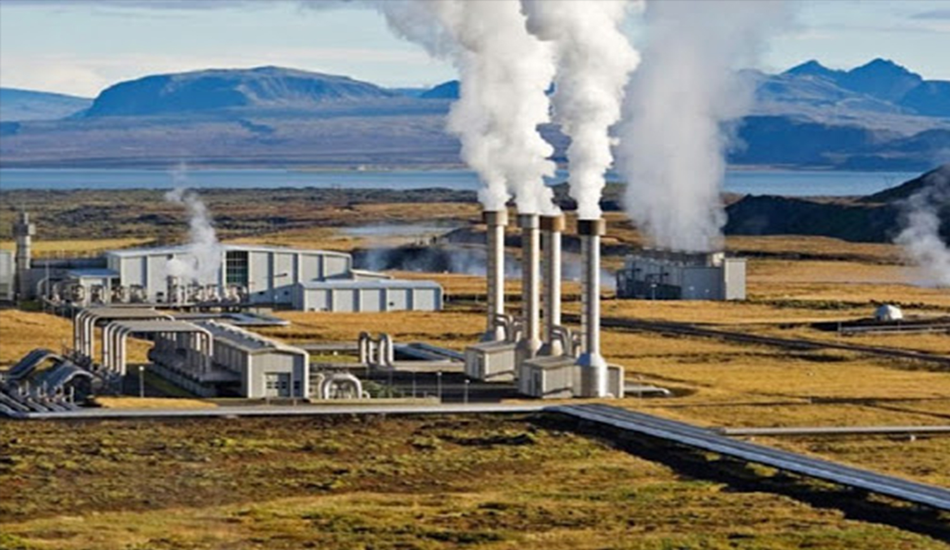 We know that the temperature under the ground is much higher. The water there is very boiling, and electricity is generated by using that boiling water vapor. The water vapor or water steam energy is used to produce mechanical energy by the turbine, and the turbines are connected to the alternator. The alternator converts mechanical energy into electrical energy, and such kind of power plant is called a geothermal plant. Basically, a geothermal power plant can be used to generate electricity to meet our load demand.

What are the Types of Geothermal Power Plants?

A dry steam power plant is one kind of geothermal power plant. Basically, steel pipe is placed underground from the earth’s surface. The steel pipe is used to carry steam from the hot water and send the steam to the turbine at high pressure. In this case, the turbine rotates and the alternator also rotates with the steam turbine, and then electrical energy is produced. It is noted that pipe is the main way to collect steam from the hot water into the underground. Thermal power plants need steam to rotate the steam turbine. For this reason, more steam is emitted through the chimney.

Primarily, heat from geothermal liquids evaporates secondary fluids, which then drive turbines and subsequently drive generators. In closed-loop systems in binary cycle power plants, nothing is released into the atmosphere except water vapor. A binary cycle power plant is one where geothermal resources are not hot enough to produce steam, or where the source contains mineral or chemical impurities to allow flashing.

In this case, for flash steam geothermal power generation, liquids at a temperature of 360 ° F (182 ° C) or higher are pumped into a tank at high pressure which is contained in a tank at a much lower pressure, causing some liquids to evaporate faster. When the steam cools, it condenses in water and is injected into the ground for reuse. Most geothermal power plants are flash steam power plants.

On the other hand, the geothermal heating pump is used for the constant temperature near the surface of the earth to heat individual or multiple buildings. Basically, this system can be used in cold countries. The heating pump transfers heat from groundwater into the building, this process is used in the winter season.

It is noted that the largest geothermal power plant can produce bulk electrical energy. If we consider the USA, statics show that the USA generates approximately 23,000 MWh daily basis. It is a CFC (chlorofluorocarbon) free gas and the running cost is low, and it is a renewable energy source. For this reason, it is being more popular. But every single country doesn’t use this geothermal energy due to some limitations. It means specific location and deep research.

Where does Geothermal Energy use for?

Without that there are some examples of geothermal energy. Direct using means that those are the cold country like most European Union (EU) countries, USA, Italy, and other countries use the direct heating system to get rid of cold weather. Basically, they use hot water from a spring or reservoir that is located near the surface of the earth. This water can be used for bathing, cooking, heating, and other purposes. A directly heating system is also used to heat individual or multiple building purposes.