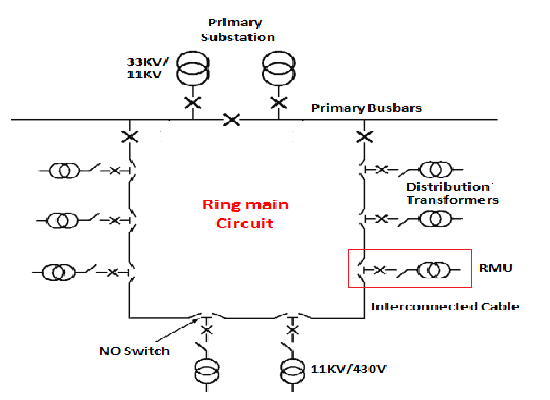 What is an Electrical Power System?

What are the Main Components of Power System?

What is Electrical Power Plant?

What are the Types of Electrical Power Plants?

What are the Main Components of Thermal Power Plants?

The electrical power system is a broad discussion, and the large number of equipments are installed for different purposes. Coal-fired thermal power plants are transferred from coal mines to generating stations. Usually, bituminous coal or brown coal is used as fuel. Coal is stored in ‘Dead Storage’ or ‘Live Storage’. Dead storage is typically 40 days of backup coal storage is used when there is no available coal supply.

Live storage is used as running coal in a boiler. The coal is cleaned with a magnetic cleaner to filter out if the coals have any iron particles present that could cause wear and tear in the equipment. Coal obtained from live storage is first to cut into small pieces and destroy to be made into powder coal form.

Finely powdered coal is fully combusted, and thus improves the efficiency of the coal boiler. The ash is produced after burning of coal, and burning coal is taken out of the boiler furnace and the ash is removed from the boiler furnace periodically for proper combustion. Thermal power plants consist of a lot of important components:

It is important to note that Electrical power plants have a lot of important components without the above components. The mixture of crushed coal and air (usually preheated air) is taken to the boiler and then burned in the combustion zone. During fuel ignition (coal), a large fireball is discovered in the center of the boiler, and a large amount of steam or heat energy is radiated.

This heat energy is used to convert water to vapor at high temperatures and pressures. Steel tubes are driven along the boiler walls where water is converted to steam. Flue gases from boilers pass through superheaters, economizers, and air presenters and eventually exhaust the atmosphere from the chimney.

What is Super Heater?

What is Air Preheater?

The primary air fan of the thermal power plant takes air from the atmosphere and it is then heated in the air preheater. Pre-heated air is injected with coal into the boiler. The advantage of pre-heating the air is that the air preheater improves the combustion of coal.

What is Steam Turbine?

The steam turbine is widely used in steam power plants instead of steam engines due to its comprehensive features. All thermal or steam power plants must require steam turbines to convert some other forms of energy into mechanical energy. The turbine is a rotating mechanical device. It is widely used in the electrical power generating station. There are two types of turbine such as

High-pressure superheated steam flow to the turbines is fed to the turbine blades to rotate. The energy of steam is converted into mechanical energy through a turbine which acts as a prime mover. The pressure and temperature of the steam fall at a lower value and it expands in volume as it passes through the turbine. The expanded low-pressure vapor is exhausted in the condenser.

The exhausted vapor is condensed through the conduction of cold water into the condenser. Here, the steam loses its pressure along with the temperature and it is converted into the water again. Condensing is essential because a large amount of energy is required to compress a liquid in a gaseous state for the required energy. Thus, condensation increases the efficiency of the cycle.

The purpose of the condenser is to concentrate the steam by extracting it from the steam turbine to achieve maximum efficiency. And to convert the exhaust steam from the turbine into pure water so that it can be reused as feed water in steam generators or boilers.

What is an Alternator?

What is the main Efficiency of Thermal Power Plants?

What is Thermal Efficiency?

Efficiency is the major consideration in the electricity supply system. The ratio of heat equivalent to the mechanical energy of the turbine transmitted from the turbine shaft to the heat energy of coal combustion n is called thermal efficiency.

The heat is produced by the coal combustion

The thermal efficiency of modern thermal electrical power plants is about 30%. This means that if 100 calories of thermal coal are burned, then the equivalent of 30 calories of mechanical power can be found in the turbine shaft.

What is Overall Efficiency?

The heat is produced by coal combustion

What is the Importance of Electrical Energy?

What are the Main Sources of Generation of Electrical Energy?

Basically, electrical energy can be generated in various ways. There are many energy sources in the world, such as solar energy, natural gas, wind energy, nuclear energy, water energy, etc. But there are three main sources that are widely used to generate electricity, such as coal or oil, nuclear fuel, and water. These electricity sources are most popular to generate bulk electrical energy. Nowadays coal storage is depleting rapidly. For this reason, renewable energy sources are being more popular, and solar energy, wind energy, geothermal energy, water energy, and nuclear energy will contribute ion the world economy.

Why Overall Efficiency is Low in Steam Power Plants?

Reason to Use a Condenser in Steam Power Plants

Why Steam Turbine is used in Steam Power Plants but Why not Steam Engines?

Nowadays electricity is the most essential thing for our daily life. Electricity can be generated by using different kinds of energy sources (coal, oil, cosmic energy, nuclear energy, geothermal energy, and others). But most of the power plants are thermal power plants. Most of the steam power plants used steam turbines due to some comprehensive advantages, such as

How to Choose the Location of Thermal Power Plants?