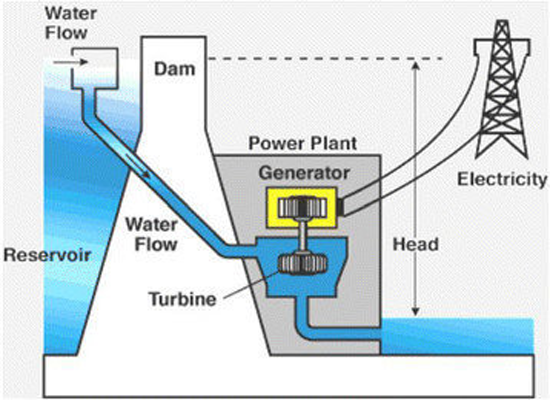 What is Hydroelectric Power Plant?

What is the Type of Water Turbine?

What is Impulse Turbine?

An impulse turbine is a type of hydraulic turbine that uses the kinetic energy of water flow to generate electricity. This turbine has been used in many different applications including hydropower plants, wastewater treatment plants, and others. The impulse turbine converts the potential energy of moving water into mechanical energy.

What is Reaction Turbine?

A Reaction Water Turbine (RWT) or reaction turbine is a type of hydropower generation system that uses the energy from the flow of water through a series of turbines to generate electricity. RWT can be used either as a stand-alone power generator or as the backup power supply for other renewable energy sources. A reaction turbine consists of two parts: a rotor and a stator. The rotor has blades that spin inside the stator. This spinning action turns the rotor and generates electricity.

Water storage capacity is a very important part of the hydro power plant. The generation of electricity depends on the storage water or water flow of the river or canal. The storage water helps to flow water at the same speed to the water turbine to convert water energy into electrical energy.

How does Hydroelectric Energy Work?

The hydroelectric power plant has no more demerits due to its greater advantages. There are some disadvantages of the hydropower plant these are given below

Dam plays an important for the hydroelectric power plant. A dam is one kind of barrier which is used to store the crate water head. Dams are made of concrete or stone, and earth or rock fill. Dams can be constructed in a narrow canyon, and a dam can be made between two valleys.

The spillway is made by the concrete and top of the dam. Whenever the river becomes over flooded, or whenever the water becomes exceeds the reserve water in the rainy season. In this case, a spillway is used to surplus water to the downstream side of the dam from the reservoir.

The surge tank is created at the starting point of the conduit. Moreover, the water turbine starts rotating at a steady load there is no surges flow of water through the conduit. It is noted that water flows to the turbine to meet the turbine requirement.

Why Transmission Cost is high in Hydroelectric Power Plants?