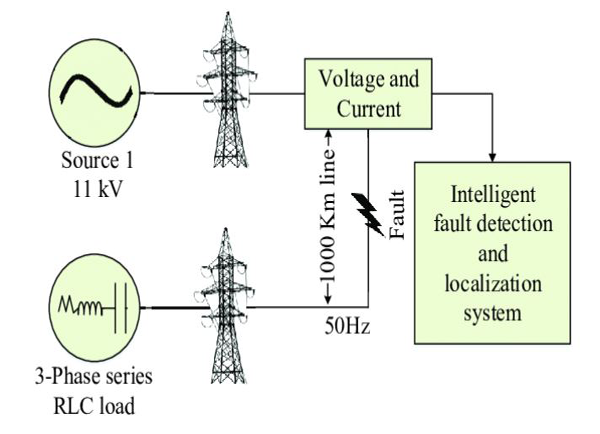 What are the Types of Fault?

If the short circuit occurs at any point in the power system then the impedance is used at the point of fault to reduce or limit the short circuit current. The fault creates abnormal conditions that reduce the insulation strength between the conductors. Decreased insulation causes excessive damage to the system. Basically, there are two types of fault in the power system.

What is open circuit?

Faults in the electrical system can also be caused by a number of natural disasters such as lightning, high winds, earthquakes, etc., such as falling trees, collisions of vehicles with electric poles, plane crashes with supporting structures, etc. Open circuit faults are mainly caused by the failure of one or two conductors. Open circuit occurs in series with the fault line and because of this, it is also called a series fault. These types of faults affect the reliability of the power system.

In a short circuit fault, the conductors of different levels come in contact with each other with the power line, power transformer, or any other circuit components due to which large current flows in one or two phases of the system.

What is Symmetrical fault?

What is Asymmetrical fault?

Asymmetrical fault faults lead to unequal currents with unequal phase shifts in three-phase systems. Uncontrolled faults are caused by the presence of an open circuit or short circuit in a transmission or distribution line in a system. This can be caused by a natural disturbance or a manual error. Those faults of the power system give rise to asymmetrical fault currents with different line currents and different phase displacements. Basically, fault in electrical power systems occurs from time to time, but we must keep secure our system from unexpected electrical faults. there are 3 main types of asymmetrical fault such as

When the two lines communicate with each other, including the ground then the double line to ground fault occurs. The probability of double line to ground fault is about 10% in the power system. Symmetrical and Asymmetrical faults mainly occur in the terminals of the generator and open circuit and short circuit faults occur in the distribution system.

The line to line fault

When two conductors become short-circuited then the line to a line fault or Asymmetrical fault occurs. The line-to-line fault is placed between one line to another so that the fault is symmetrical with respect to the reference phase is un-faulted.

What is short circuit KVA and operator ‘a’?

What kind of protective device is used to protect electrical fault?

A fault in electrical power system is an unexpected hazard and can be occurred for different reasons. Whenever a defect occurs in any part of the system, it needs to be cleaned in a very short time to avoid further damage to equipment and staff and to avoid customer power outages. The fault clearing system uses various protection devices such as fuses, relays, and circuit breakers but the relay and circuit breaker are used to detect and detect faults.

Fuses are protective devices that are used to protect home appliances such as televisions, refrigerators, and computers damaged by high voltage. The electrical fuse is used for high voltage protection purposes. Basically, the fuse is a short trip of metal. Whenever excessive current flows through it then the rated current then fuse melt and protect the circuit or device from the overcurrent or overvoltage. The fuse is made up of a thin strip of the metal strand.

Whenever there is a large current or excessive current flowing in an electrical circuit, the fuse melts and it opens the circuit and disconnects it from the power supply. Also, it acts as a circuit breaker or stabilizer that protects the device from damage in the market, nowadays fuses of various features and designs are available.

Why does fuse use?

Fuses are used to protect substations or home appliances from short circuits from excess current. If we do not use the fuse, there is an electrical fault in the cable and it can burn the wires and electrical equipment and cause a fire in the house. Human lives, including televisions, computers, radios, and other home appliances, can also be at risk. When the fuse burns out, a spark suddenly appears which can disconnect the power supply and bring your home into sudden darkness which saves any further accidents. This is why we need fuses to protect our home appliances from damage.

How to select fuse?

If you would like to select the fuse of your operation then you must follow some instructions to select and use it. Select the fuse like the time-delay fuse and the fast-acting fuse for trendy loads for resistant loads. Enter the power (watts) of the appliance usually from the application manual, Enter the voltage rating. The voltage must be higher than the circuit voltage for the proper protection of the device. Use the next highest fuse rating after calculation. For example, if the calculated fuse rating is 8.659 amp, we will use a 9 amp fuse for this.

What is Circuit breaker?

How does circuit breaker work?

What is Lightning Arrester?

Lightning is the electric discharge between cloud and earth and a lightning arrester is a protective device that can arrest the lightning and safe the extensive electrical component. There are two types of harmful lightning stroke such as

Lightning arresters can protect the crucial component of a substation, generating station, and any distribution substation from both harmful strokes. For this reason, lightning arrester is widely used in high voltage systems.

Relay is a protective and detective device that can protect and detect electrical faults. It contains a set of input terminals and a set of operating terminals for single or multiple control signals. The switch can contain the number of contacts in multiple contact forms, such as creating contacts, breaking contacts, or combinations of them. A relay is an electrical device that closes a circuit when it is powered by another circuit. Relays can be used for a variety of reasons. Relay is used in an electrical power system for high voltage or higher current devices.

How does Relay work?

The relay is usually used as an electronic magnet (coil) to conduct the internal mechanical switching process (introduction). When the relay contact is open, it turns on the power for a circuit after the coil is activated. We know that sometimes fault in electrical power system takes sever conditions. For this reason, in most cases, a relay protection system is most necessary for the high voltage system (transformer, alternator, etc).